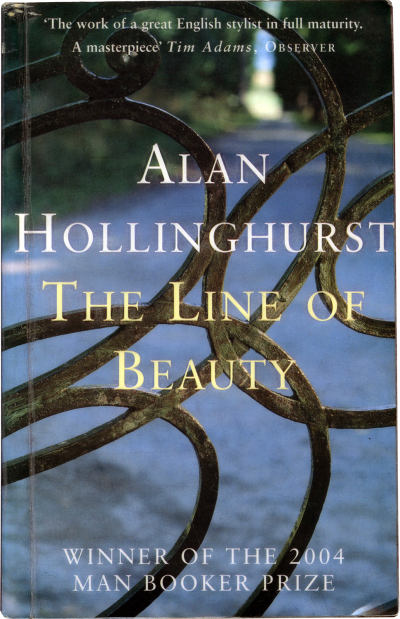 The Line Of Beauty

Winner of the Man Booker Prize in 2004, Alan Hollinghurst’s The Line of Beauty is a novel about class, politics and sexuality in Margaret Thatcher’s 1980s Britain. The central character is Nick Guest, an innocent young aesthete who lodges in the exquisite Kensington home of a Thatcherite MP. Nick and his black boyfriend Leo, go to the Gate cinema in London’s Notting Hill to catch the 7.15 screening of Scarface. Working class Leo is an Al Pacino fan but posh Nick really just wants a couple of hours in the dark with his amour. With the cinema almost full, they have to sit apart for the full 3 hour running time and Nick has to endure what the critics described as ‘operatic’, which Nick thinks was perhaps ‘only their way of saying it was Latin, noisy and bombastic’. The film’s ‘glaring unreality’ seems to throw a ‘suspicion of unreality’ over everything else, including his affair with Leo.

First published 2004 by Picador. Extract from Picador 2005 edition.
Back to the Cine Fiction index

Read an excerpt from The Line Of Beauty 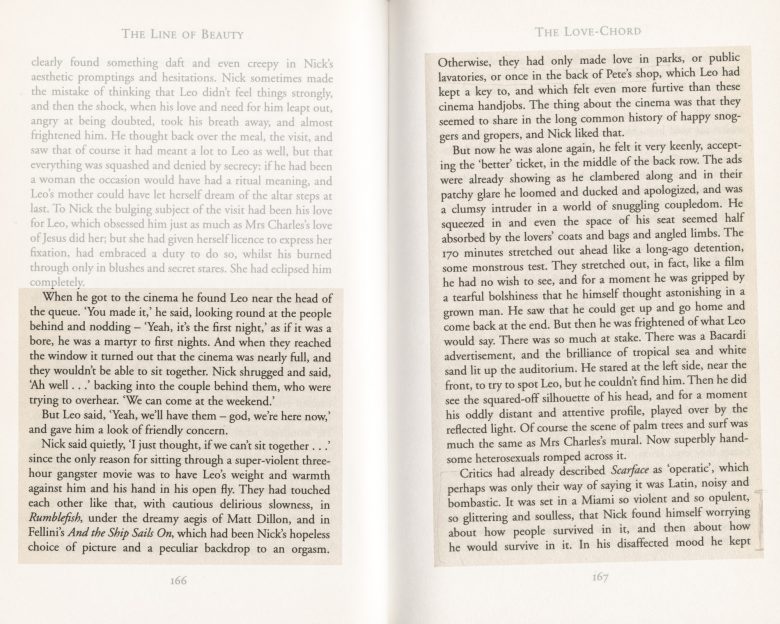 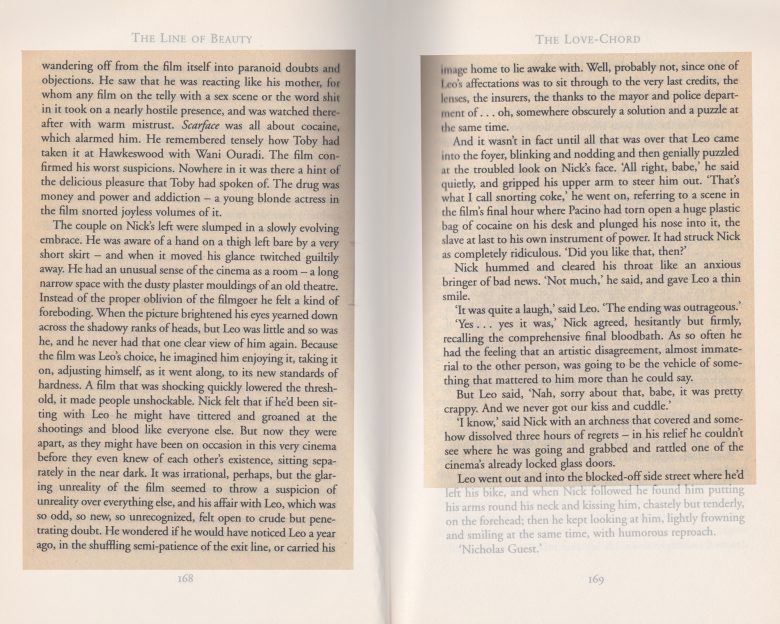