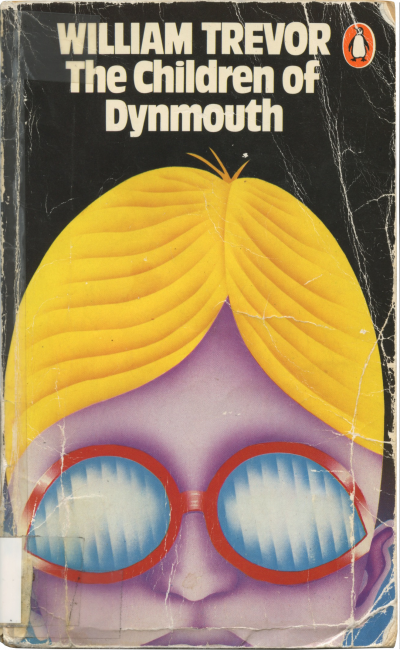 William Trevor’s The Children of Dynmouth (Winner of the Whitbread Award and shortlisted for the Booker Prize) was first published in 1976. It is the story of a malevolent teenager Timothy Gedge who wreaks havoc on the residents of the fictional Dorset seaside town of Dynmouth. It was adapted for television in 1987. The novel captures the mid-70s era – a decade before the UK’s first multiplex – of down-at-heel provincial fleapits. The Essoldo Cinema in Dynmouth is ‘flaking pink, dim and cavernous within’, ‘antiquated and inadequately heated’ which ‘showed the same film for seven days at a time’. The local gang, the Dynmouth Hards, have sprayed Blacks Out on the back wall of the cinema. Stephen and Kate, aged twelve, are now half-brother and sister following a marriage between Stephen’s widowed father and Kate’s divorced mother. They walk the eight miles to Badstoneleigh Pavilion to watch a double bill of Dr No and Diamonds Are Forever. (It was due at the Essoldo in Dynmouth the following week, but they didn’t want to wait.) They are followed to the cinema by Timothy Gedge, who is a few years older and has targeted them as part of his attempt to procure a wedding dress for his macabre act at a forthcoming talent contest.

First published 1976 by The Bodley Head. Extract from Penguin Books 1979 edition.
Back to the Cine Fiction index

Read an excerpt from The Children Of Dynmouth 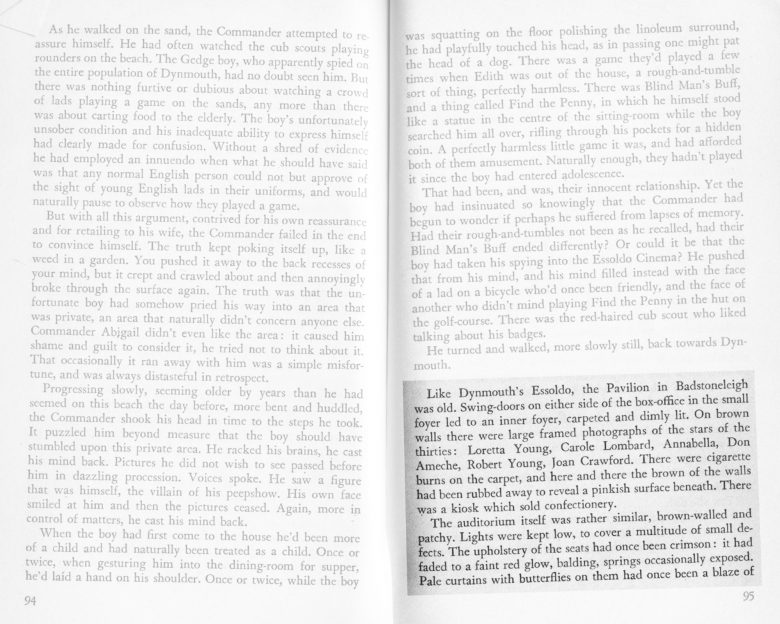 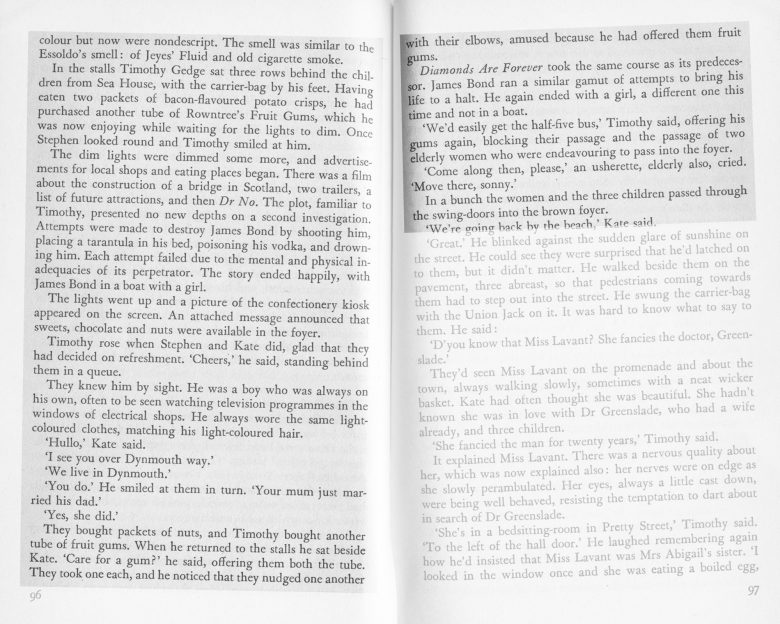