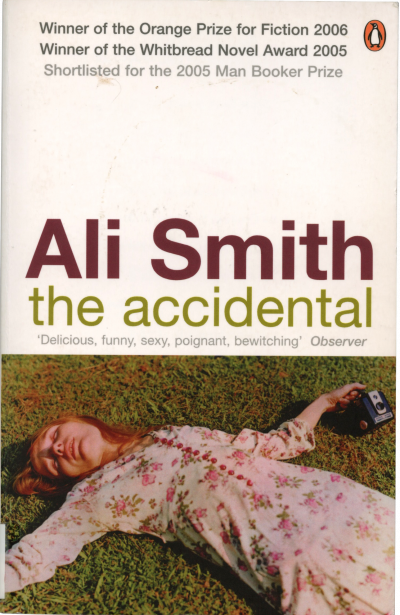 The book follows a middle-class English family who are visited by an uninvited guest, Amber, while they are on holiday in a small village in Norfolk. Amber’s arrival has a profound effect on all the family members and consequences of her appearance continue even after the family has returned home to London. In some ways The Accidental references Pier Paolo Pasolini’s 1968 film Teorama (Theorem), in which unexpected dinner guest Terence Stamp charismatically destroys a bourgeois family.

‘My mother began me one evening in 1968 on a table in the café of the town’s only cinema.’ so recalls Alhambra (aka Amber) ‘named for the place of my conception.’ at the very start of the novel. ‘On the screen above them the film Poor Cow with Terence Stamp…’ Poor Cow was directed by Ken Loach in 1967 and based on Nell Dunn’s novel of the same name.

First published 2006 by Hamish Hamilton. Extract from Penguin Books 2006 edition.
Back to the Cine Fiction index

Read an excerpt from The Accidental 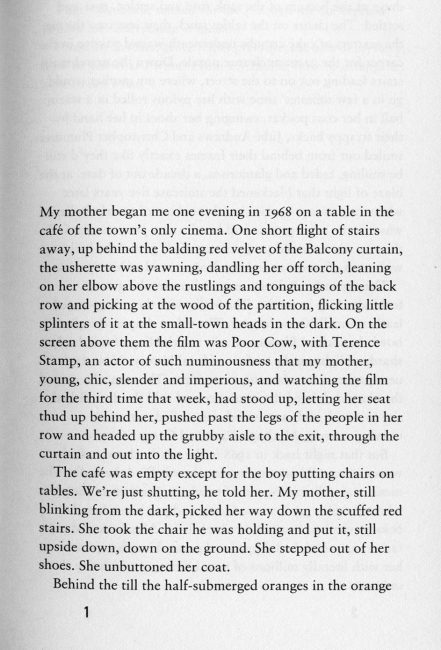