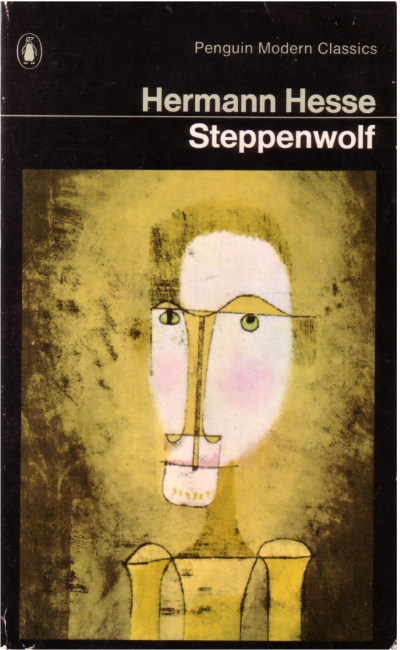 Hermann Hesse’s 1927 novel is about the spiritual journey of one man, Harry Haller. With its dark romanticism and attacks on bourgeois life, Steppenwolf became a countercultural classic in the 1960s. Like many other characters in literature, Harry Haller finds himself going to the cinema as a way to kill time, somewhere he can ‘sit quietly and comfortably in the dark’ until eleven. It is the ‘dazzling lights and huge coloured posters’ that draw him in and he finds himself ‘suddenly in the middle of The Old Testament’ – quite possibly The Ten Commandments directed by Cecil B. DeMille in 1923 – in which Moses (who Harry thinks looks like Walt Whitman) parts the Red Sea.

First published in Germany by S. Fischer Verlag A.G. 1927. Extract from Penguin Classics 2001 edition.
Back to the Cine Fiction index

Read an excerpt from Steppenwolf 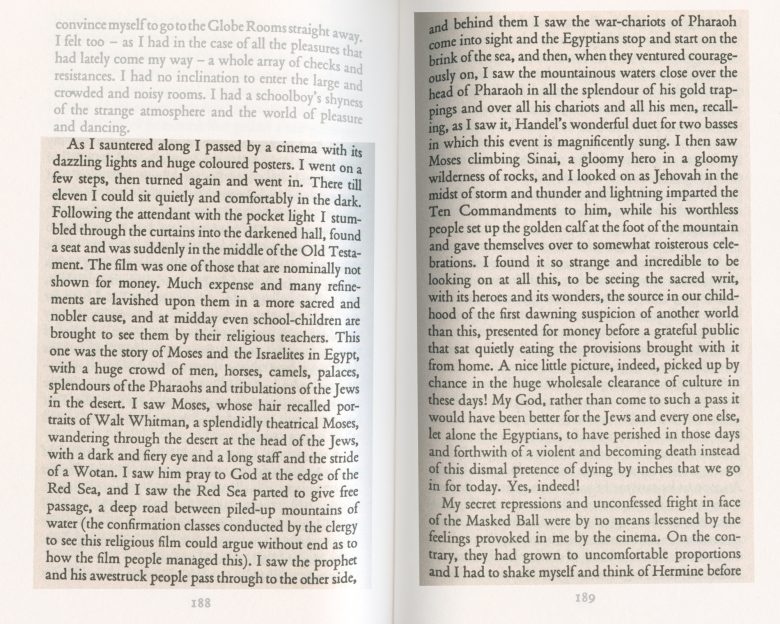