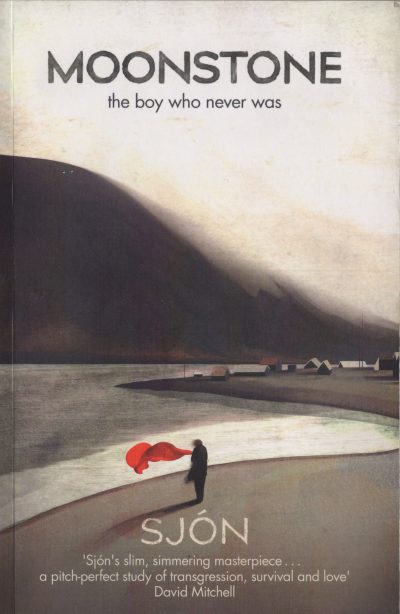 Moonstone: The Boy Who Never Was

Reykjavík, 1918. 16-year-old Máni is the Boy Who Never Was. He has sex with men for money and is in love with the cinema. Máni is also secretly in love with Sola G – her doppelganger is Irma Vep played by Musidora in the seven-hour long Les Vampires directed by Louis Feuillade.

‘He had made his discovery at a Saturday matinee screening of The Vampires at the Old Cinema. He was sitting in his usual spot… It was when the girl stood up to leave that it happened. The instant her shadow fell on the screen they merged – she and the character in the film. She looked around and the beam of light projected Musidora’s features onto her own. The boy froze in his seat. They were identical.’

There are two cinemas in the city, Old Cinema and New Cinema. ‘As a rule, he goes to both cinemas on the same day and sees most films as often as he can.’

It is not surprisingly therefore, that Moonstone is full of cinema-going. In the selected extract below, Spanish flu has come ashore – with numerous parallels to the recent global pandemic – with devastating consequences.

Later in the novel, a ‘doctor is convinced of the role played by the picture houses in the spread of the disease’ and Máni and Sola G ignite chlorine gas to fumigate the cinemas.

‘The first film to be shown in Reykjavik when the epidemic began to abate at the end of November, and it was thought safe to gather in public again, was called Sister Cecilia – “the lyrically beautiful love story of a young artist,” in four parts. The proceeds of the ticket sales went to support the many children who had been left orphaned by the epidemic.’

Note: In a 2016 interview in the Chicago Review of Books, Sjón stated: ‘So, to name four very different living filmmakers of the many that inspire me today, I’ll say Béla Tarr, Wes Anderson, Kathryn Bigelow, Apichatpong Weerasethakul, Guillermo Del Toro, and Joel and Ethan Coen. Well, that is seven, but seven is a sacred number in the religion of cinema.’

Originally published in Icelandic in 2013 by JPV Publishing, Iceland. First published in Great Britain in 2016 by Sceptre translated from the Icelandic by Victoria Cribb. Extract from Sceptre 2017 edition.
Back to the Cine Fiction index

Read an excerpt from Moonstone: The Boy Who Never Was 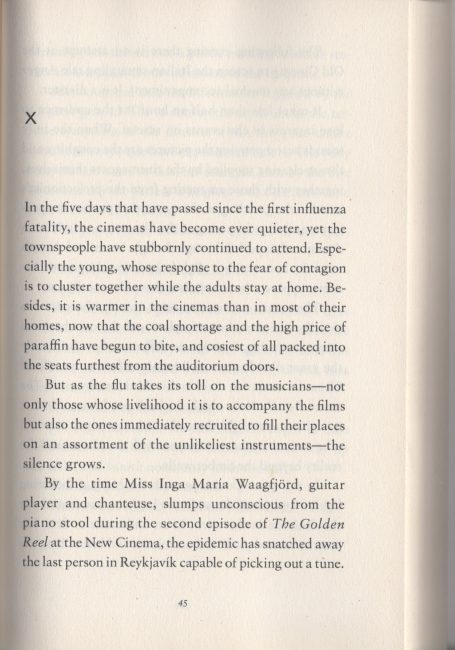 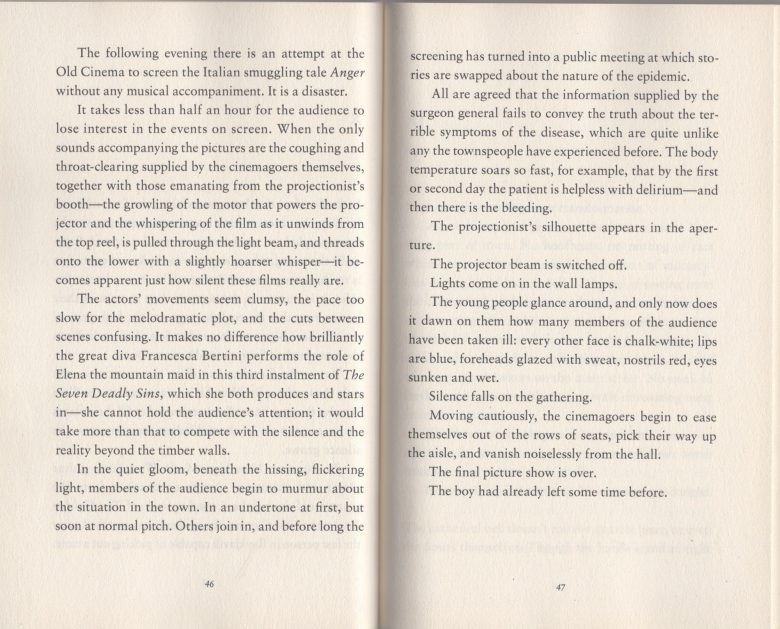