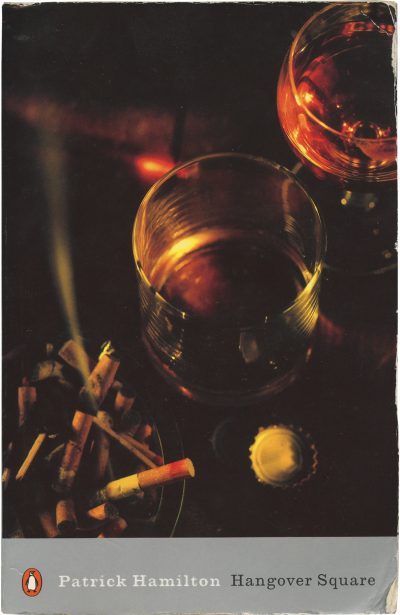 Patrick Hamilton’s output as a writer was concentrated in the 1930s and 1940s, when cinema-going in Britain was at its peak. And just as the fog fills the cinema barman Bob visits in The Midnight Bell, so film pervades Hamilton’s writing.

Set just before the outbreak of WWII, his bleak hymn to obsessive desire, Hangover Square (1941) is steeped in cinematic references; from the very first page he describes lonely drifter George Harvey Bone’s dead moods when something goes click in his head and ‘It was as though he had been watching a talking film, and all at once the soundtrack failed. The figures on the screen continued to move … Life, in fact, which had been for him a moment ago a ‘talkie’, had all at once become a silent film.’

Killing time in afternoon cinemas – a recurring motif in Hamilton’s fiction – is a way for George Harvey Bone to try and take his mind off his infatuation with Netta Longdon; though as she is a wannabe actress who once had a small part ‘working on a film down at Denham’, this strategy might be doomed to fail.

Later when Bone is in Brighton and again killing time he ‘had lunch at the restaurant on the first floor of the Regent and then went to the cinema below.’ – Boots, the chemist is now on the site of this former cinema in Queen’s Road. As a boy living in Hove, Hamilton was an enthusiastic cinema-goer and, with his brother Bruce, used to visit Brighton’s plushest cinema, the Queens on Western Road. Hamilton’s biographer Nigel Jones believes other cinemas in the town were out of bounds to the young Hamiltons ‘for being ‘common’ and probable sources of nameless infections.’ Towards the end of Hangover Square, while waiting for a train in Burgess Hill on his way back to Earls Court to confront Netta, he went to ‘the local picture theatre and saw ‘Tarzan Finds a Son’, with Johnnie Weissmuller and Maureen O’Sullivan.’

First published 1941 by Constable. Extract from Penguin Classics 2001 edition.
Back to the Cine Fiction index

Read an excerpt from Hangover Square 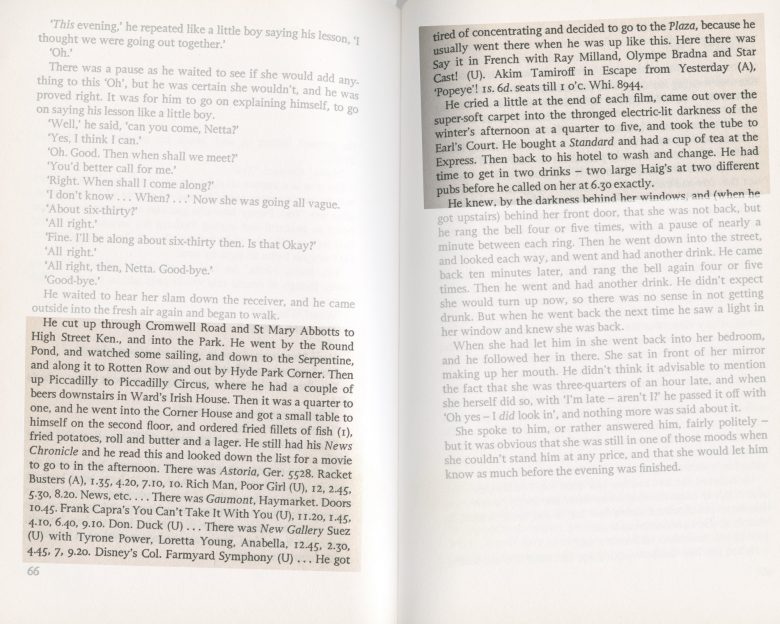