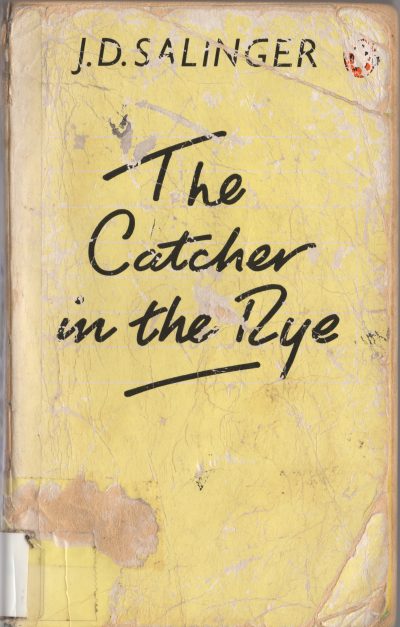 The Catcher In The Rye

J.D. Salinger’s classic tale of teenage alienation – his only novel – was first published in 1951. It has sold some 65 million copies and remains one of the most translated, taught and reprinted texts.

On the very first page, 16-year-old Holden Caulfield declares: ‘If there’s one thing I hate, it’s the movies. Don’t even mention them to me.’ He hates the ‘morons that laugh like hyenas in the movies at stuff that isn’t funny.’

Holden rails against what he sees as the ‘phoniness’ of the adult world. His brother D.B. is out in Hollywood writing scripts, ‘being a prostitute’ and while Holden himself was once almost in a short film, he ‘figured that anybody that hates the movies as much as I do, I’d be a phoney if I let them stick me in a movie short.’

‘I can understand somebody going to the movies because there’s nothing else to do, but when somebody really wants to go, and even walks fast so as to get there quicker, then it depresses hell out of me. Especially if I see millions of people standing in one of those long, terrible lines, all the way down the block, waiting with this terrific patience for seats and all.’

Describing going to the cinema with his sister Phoebe, Holden says: ‘Her favourite is The 39 Steps, though, with Robert Donat. She knows the whole goddamn movie by heart, because I’ve taken her to see it about ten times. When old Donat comes up from this Scotch farmhouse, for instance, when he’s running away from the cops and all, Pheobe’ll say right out loud in the movie – right when the Scotch guy in the picture says it – ‘Can you eat the herring?’ She knows all the talk by heart. And when this professor in the picture, that really jolly German spy, sticks up his little finger with part of the middle joint missing, to show Robert Donat, old Phoebe beats him to it – she holds up her little finger at me in the dark, right in front of my face.’

In the extract below, Holden Caulfield kills time by going to the movies on his own at Radio City in New York.

First published in Great Britain in 1951 by Hamish Hamilton. Extract from Penguin Books 1985 edition.
Back to the Cine Fiction index

Read an excerpt from The Catcher In The Rye 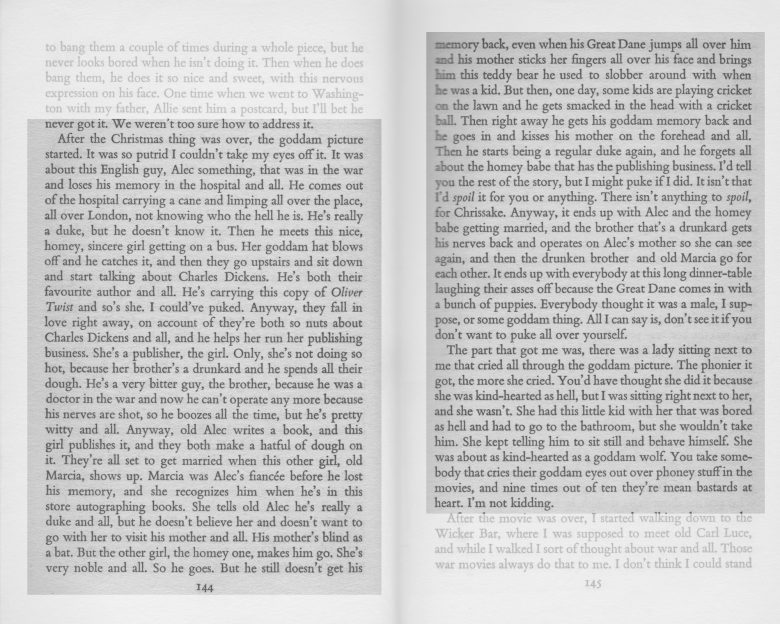