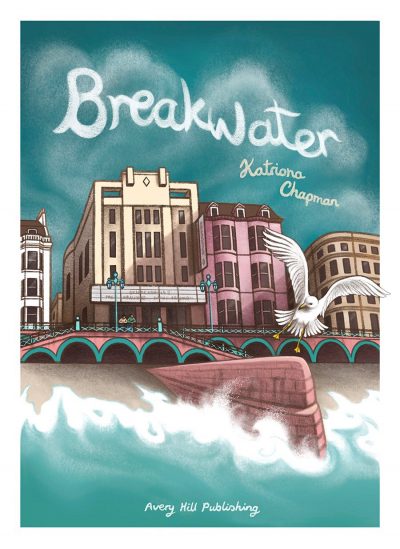 Brighton’s fictional Breakwater Picture House is the setting for Katriona Chapman’s graphic novel, listed in the New York Times 10 Best Graphic Novels of 2020. Once a grand movie palace and ‘the biggest cinema outside London’, the Breakwater has seen better days.

Chris has worked front of house at the cinema for many years. A loner and an introvert who once wanted a career in social work, she starts to come out of her shell when newcomer Dan joins the small staff team and they form a bond. They explore the cinema’s hidden areas which include an entire unused, closed-off auditorium.

The novel perfectly captures the rhythms of the cinema day, for instance the relative quiet once an audience is seated and a screening gets underway. It used to be common practice for cinema employees to be able to go into the auditorium and watch a film once the paying customers had gone in and this is something that happens throughout Breakwater.

In the featured extract, the smell of popcorn when clearing up the auditorium – familiar to anyone who has worked in a cinema – causes a hungover Dan to be sick.

Note: The Breakwater is described as ‘the biggest cinema outside London’. The Astoria in Brighton which opened in 1933 with Charles Laughton in The Private Life of Henry VIII and closed in 1977, was reported to have one of the biggest screens on the South Coast when it had a large 70mm screen installed during a renovation in the 1950s. In 1977 the cinema became a Gala Bingo Club but lay empty from 1996 before being demolished in 2018. A block of flats called Rox Brighton now stands in its place.

Brighton-based writer John Roman Baker’s 2015 collection Brighton Darkness features short story Place of Dreams about two adolescent boys, Nick and Gregg, who experience a gay desire that begins in St Ann’s Well Gardens and continues in the back row of the Astoria cinema in 1958. An image of the cinema façade is also used on the book’s front cover.

First published 2020 by Avery Hill. Extract from this edition.
Back to the Cine Fiction index

Read an excerpt from Breakwater 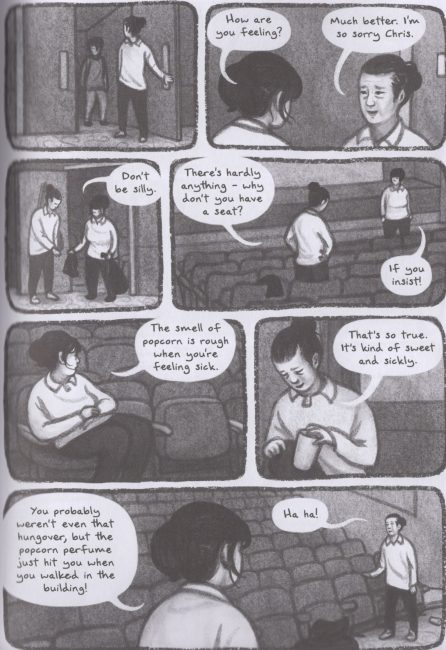