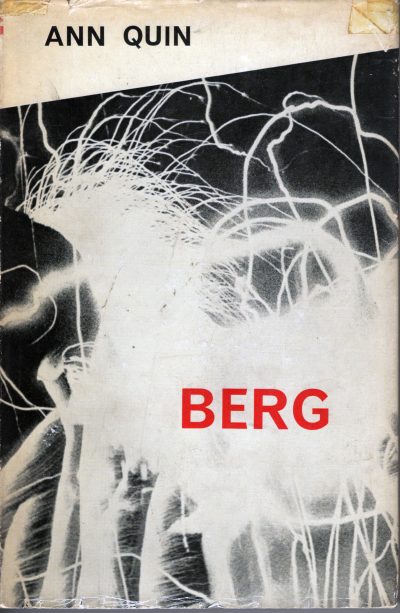 Ann Quin was born in Brighton in 1936. Published in 1964, her debut novel Berg established her reputation as one of the most original British writers. An out of season seaside town is the background for this strange and darkly comic oedipal drama about the triangular relationship between hair tonic salesman Alistair Berg (the cinema-goer in the extract below), his father and his father’s mistress. Ann Quin wrote a further three, increasingly experimental novels. As a working-class female experimental writer, it is perhaps no surprise she is not better known and she remains one of the British literature’s best-kept secrets. She died in 1973, drowning in the sea off Brighton, aged 37.

Ann Quin was an avid cinema-goer with a keen interest in Bergman, Fellini, Antonioni and the French nouvelle vague. In 2014, CINECITY and artist/production designer Anna Deamer paid tribute to the cinematic qualities of Berg with a film set installation for an imagined screen adaptation to mark the 50th anniversary of the novel’s publication: https://www.cine-city.co.uk/project/berg-2014

First published 1964 by John Calder. Extract from this edition.

Back to the Cine Fiction index

Read an excerpt from Berg 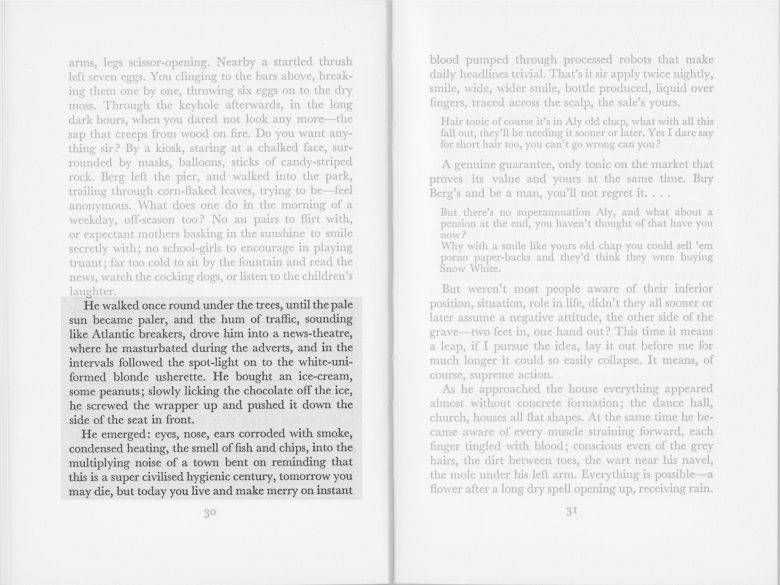